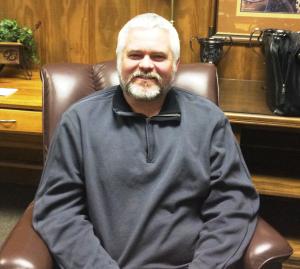 Dr. Kenneth W. Martin, the eldest of three sons born to Colonel Ted and Marilyn Martin, was raised in Dumas, Arkansas. He grew up farming with the family operation that included fish, cotton, rice, and soybeans. He graduated from Dumas High School in 1989. He then attended the University of Arkansas at Monticello until being accepted into the Louisiana State University of Veterinary Medicine. After graduating with his Doctorate in Veterinary Medicine in 1996, he worked as a veterinarian in Monticello. It was then that he married his wife Jennifer in 1997. In 1998, they purchased De Queen Animal Hospital and became busy members of the De Queen community. They have four children in the De Queen School system. Dr. Martin and his family are members of Memorial Missionary Baptist Church where he is a Sunday school teacher and involved with youth activities. They are also involved in 4-H Shooting Sports, livestock showing through 4-H and FFA, and youth sports.