The De Queen Public Schools Board of Directors met in a regular session Monday, January 23rd. The board approved the hiring of Ryan Hanney as the new De Queen Junior High Assistant Principal and Jarrod Fannin as the new DHS Assistant Principal for the 2023-2024 school year.  Hanney will fill the position vacated by Jeff Holcombe who was named the new DJHS Principal and Fannin will be working alongside the DHS administration team of Audrey Chandler and Murray Neely. 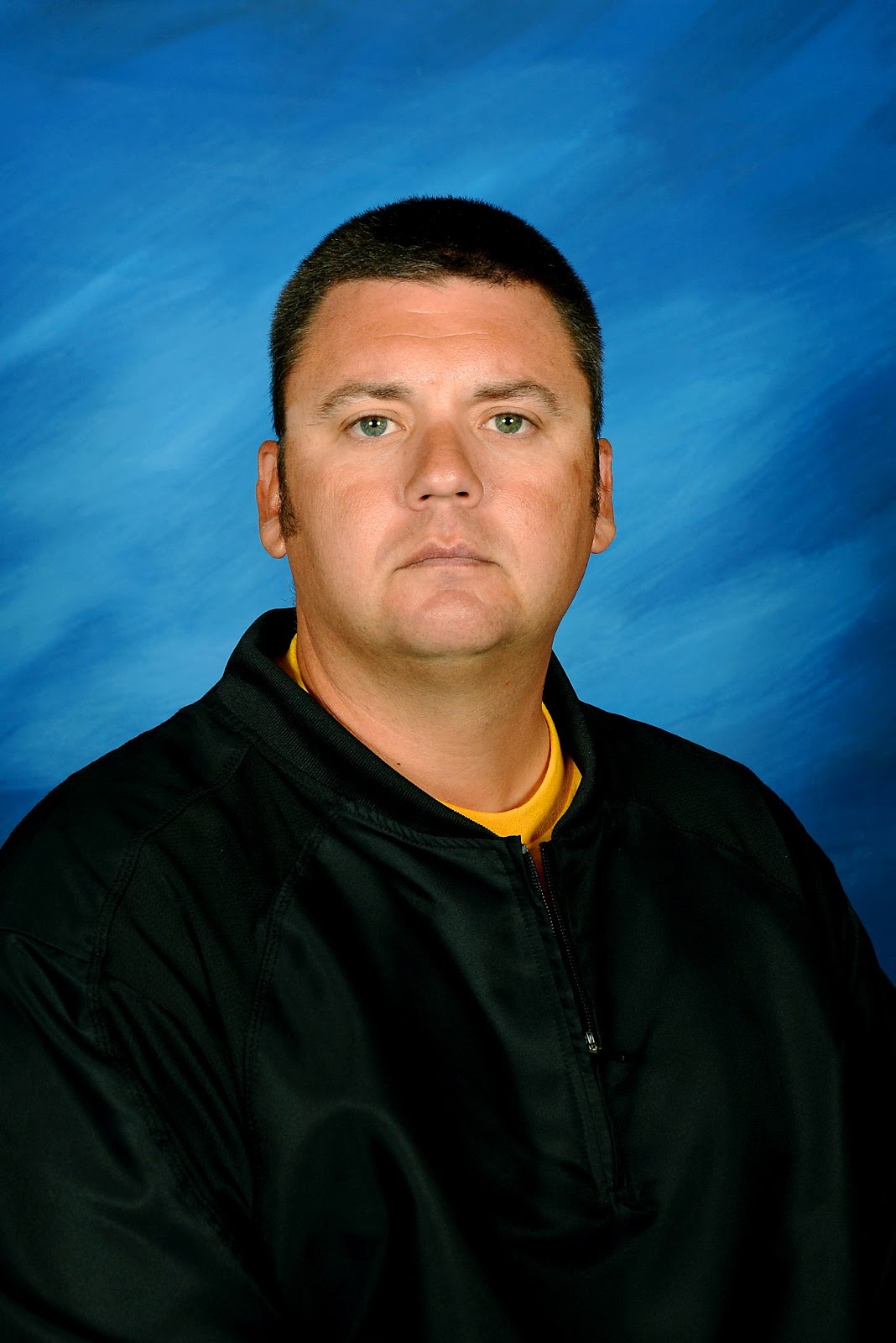 Principal Audrey Chandler stated, “Coach Fannin will do an outstanding job at De Queen High School. His leadership, character, and integrity will be an asset at DHS. Mr. Neely and I are excited to have him as part of our administration at the high school.” 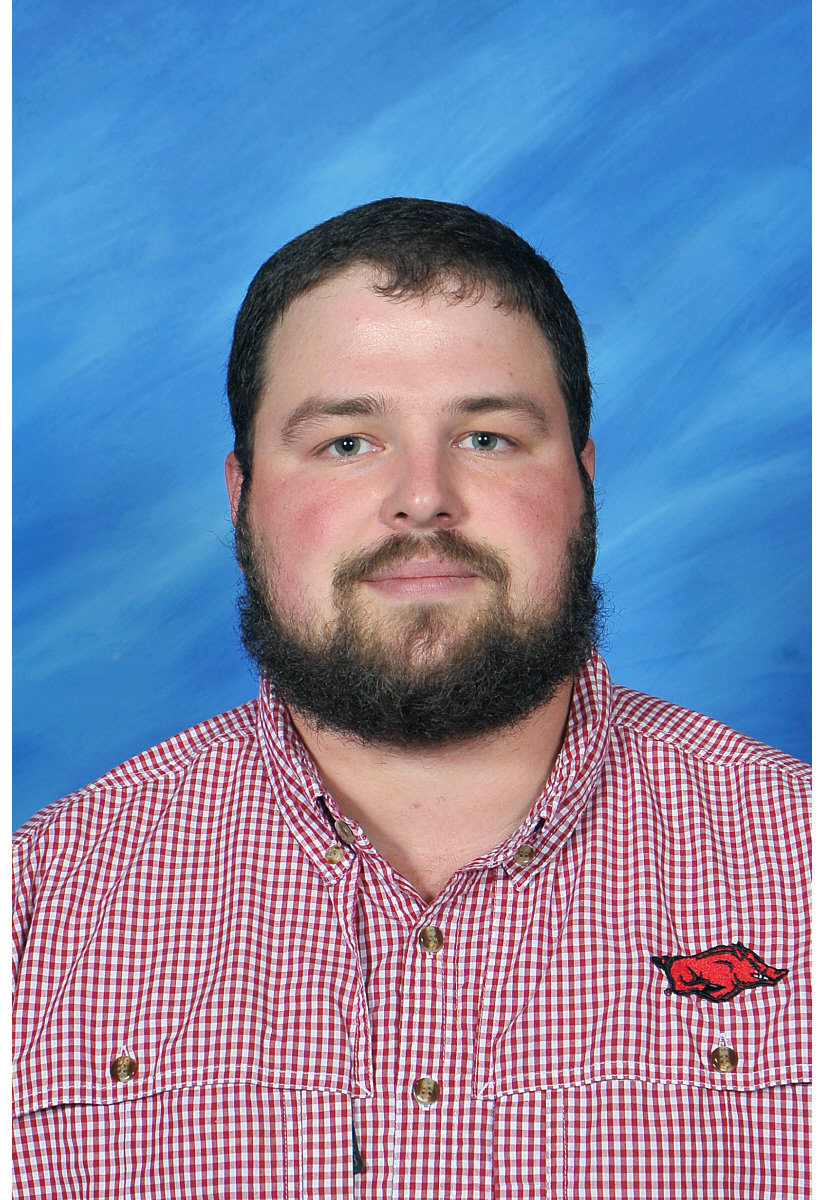 Mr. Hanney stated, “I am super excited to be able to work with Mr. Holcombe as his Assistant Principal. I am very grateful for this opportunity and want to thank all of those who have helped me during my time here at De Queen. I am looking forward to serving in this new role and all of the new opportunities that will come with it.”

DJHS Principal Jeff Holcombe said, “Mr. Hanney is a perfect fit for the Jr. High students, staff, and myself.  I believe his work ethic, sense of humor, professionalism, and integrity will be an asset to De Queen Jr.High School. 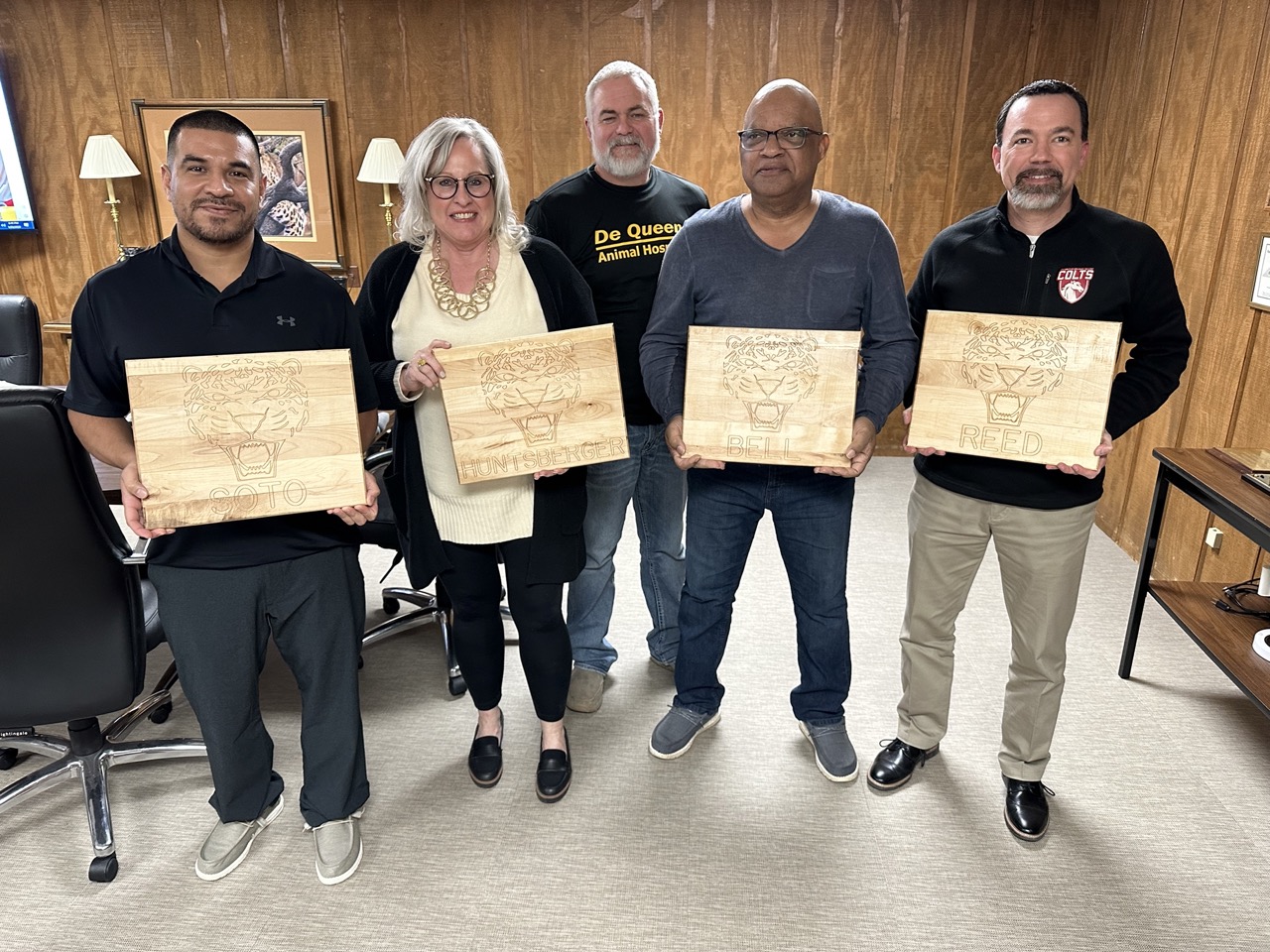 January is School Board Recognition Month and board members were presented with a gift from the DHS Ag Department as a thank-you for their service to our Leopard Family. The DHS Ag students created cutting boards that were made from the same wood that was used to build the new basketball floor at Leopard Coliseum. 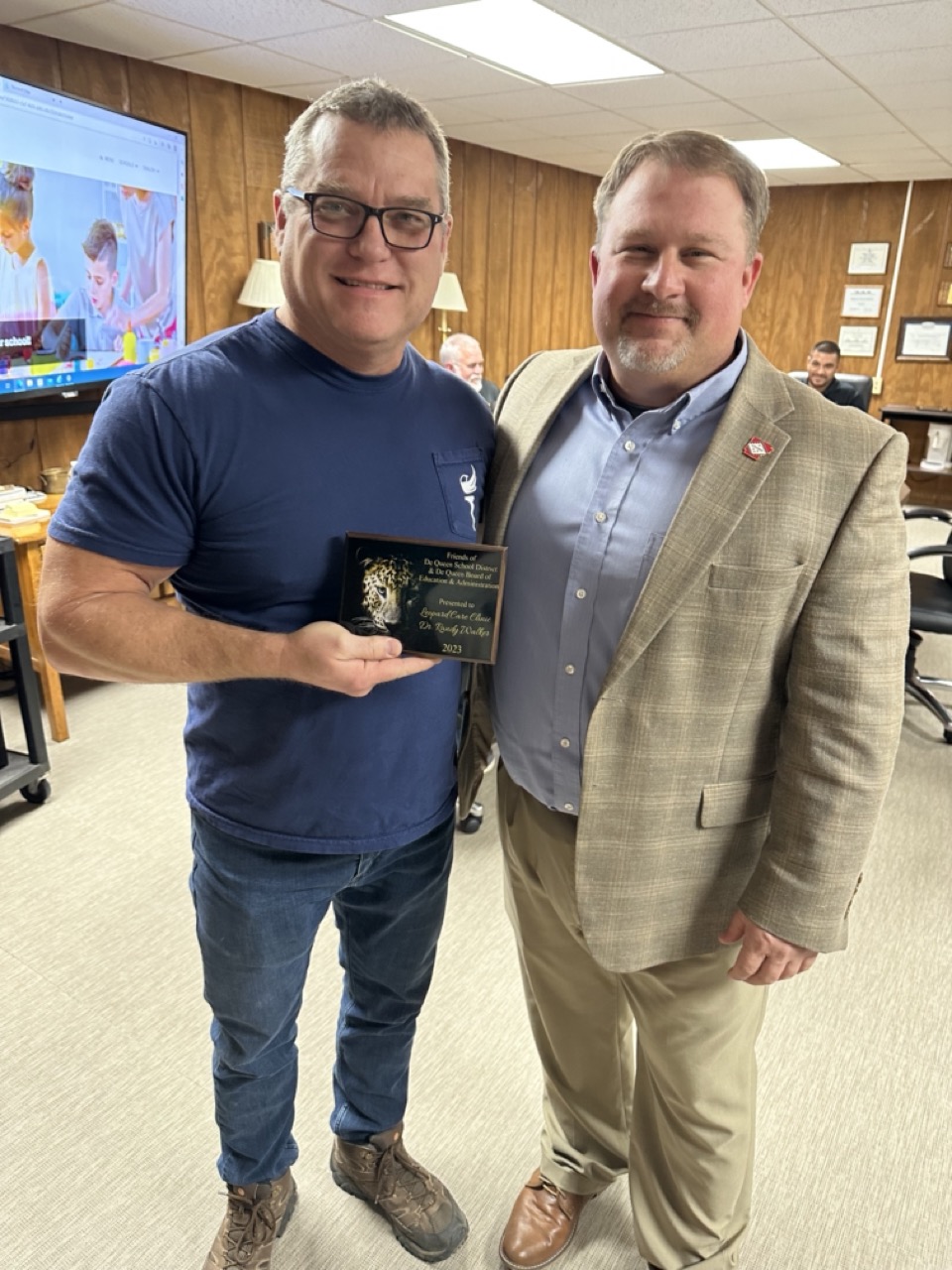 Also during Monday night’s meeting, Superintendent Jason Sanders presented Dr. Randy Walker with a “Friends of the District” award which is given to community members who have gone above and beyond while working with our Leopard Family. 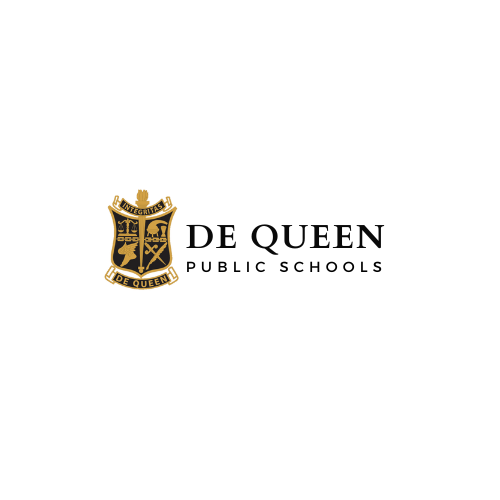